More than 270 participants between guests and staff were present during the release of 345 baby turtles on the beach at Pueblo Bonito Mazatlan Hotel, on 28 October. During the event, participants received a lecture from the staff of the Mazatlan Aquarium on the program for the protection of sea turtles.
The attendees were very attentive and participatory during the conduct of the event, following the instructions received from the staff of the Mazatlan Aquarium.
Pueblo Bonito Group by Letty Coppel Foundation supports these activities to enhance the ecological culture in both hotel guests and employees in order to preserve endangered species including sea turtles.

On April 25, 2010, the Letty Coppel Foundation participated in the race to celebrate Earth Day in the facilities of the City […] 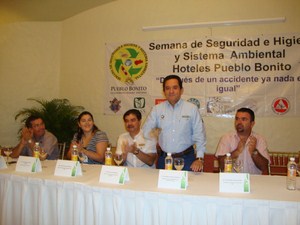 On September 20th took place the inauguration of the Week for Safety, Hygiene and Environment in the Salon Las Fuentes of Pueblo […] 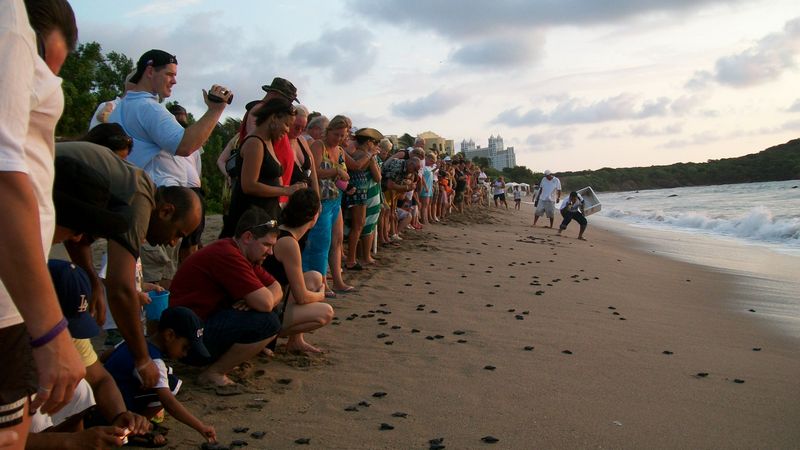 Following up the program to protect sea turtles by the Pueblo Bonito Group by Letty Coppel Foundation, was held the third release […] 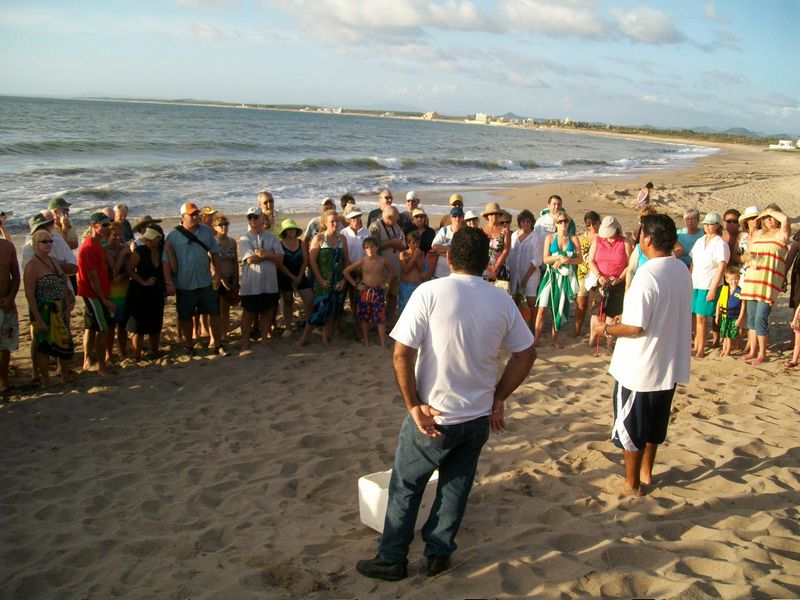